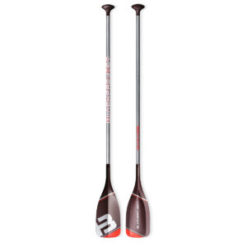 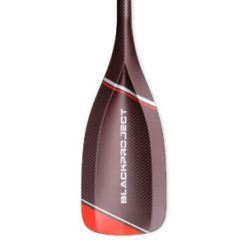 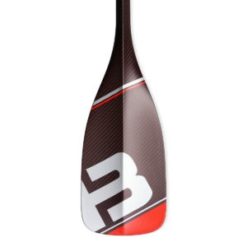 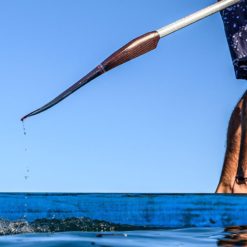 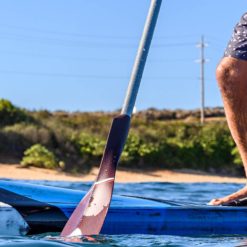 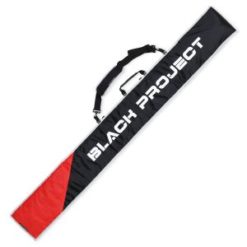 It’s time to change the game…

For the past decade, Black Project has been dedicated to designing the world’s most high-performance SUP paddles and fins And while our team athletes have racked up 19 World Titles and smashed World Records – our ultimate goal is to help every paddler get the maximum enjoyment out of their paddling experience.

In this pursuit, we have pushed the envelope and bent the “rules.” Now, the time has come to throw out the rulebook entirely.

Featuring a completely reimagined design, the Hydro FlowX is a paddle unlike any other.

At first glance, your eyes will pop at the feature on the neck of the blade––an innovative new design that we call Advanced Flow Technology (AFT). It is designed to significantly increase paddle efficiency and smoothness by reducing turbulence and unwanted blade movements.

Next, you’ll notice another major structural update––the Deep Power Scoop (DPS) on the blade face. Featuring a deep scoop design with dihedral edges, it delivers power in a controlled manner and works in harmony with our Advanced Flow Technology to create a first-of-its-kind, three-dimensional paddle design.

The combination of the flow technology and deep scoop produces a fluid paddle stroke which reduces energy usage while increasing forward thrust. The outcome is significantly less paddler fatigue – enabling you to paddle longer, faster and more often than ever before.

“For the first time, a paddle company has designed a standup paddle to work in a three-dimensional way as it moves through the water,” said Chris Freeman, co-founder of Black Project SUP. “This change in thinking and design will dramatically alter the way people think about and interact with their paddle.”

The 3D blade design concept enables water to flow more efficiently around the paddle by eliminating turbulence and unwanted fluid resistance, which in turn, allows the paddler to truly harness the power of the water and enhance the efficiency of their paddle stroke. Additionally, we increased the rake angle to a little over 9 degrees––compared to 8 degrees in the original Hydro– for a slightly easier catch.

The end result is a completely reimagined paddling sensation that will feel smoother, easier and ultimately – faster.

While individual results will vary and speed is just one aspect to consider, our testing has shown the Hydro FlowX will increase your overall speed. When putting in a similar effort, paddlers can expect a 3-5% improvement in speed and lap times or paddle the same speed with less effort (when compared to the original Hydro which is already faster than most race paddles).

While this might not sound like much, saving just three seconds per kilometer in a 10K race will shave 30 seconds off your overall time. Not to mention, reduced fatigue will allow for powerful late race bursts and more training sessions––two critical factors that will give you a consistently bigger advantage over time, while simultaneously protecting your body.

Due to its design, the Hydro FlowX cannot be made in the same way as other ‘normal’ paddles. True to the Black Project spirit of innovation, we overhauled our construction to achieve the optimal balance, flex and weight ratios.

To reduce overall weight, we reworked our laminate layups with a mix of carbon and Kevlar pre-preg laminates. We also introduced 30-ton carbon – a strong but lightweight carbon that’s 25% lighter than our previous material. The resulting paddle is approximately 4% lighter than an equivalent model of the original Hydro.

Additionally, the Hydro FlowX’s redesigned blade offers massive structural strength. This gave us the dual benefit of being able to optimise the use of carbon in certain areas, while still achieving an overall strength enhancement.

Despite the increase in overall blade volume, the Hydro FlowX is the lightest and strongest paddle we’ve ever made. 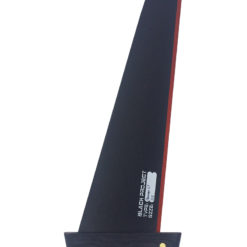 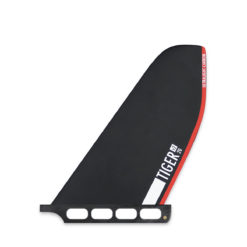 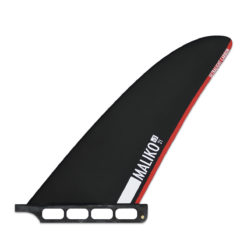 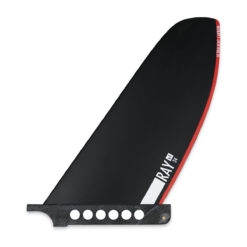 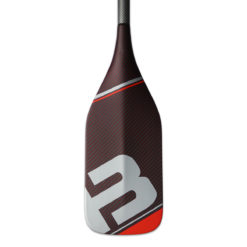 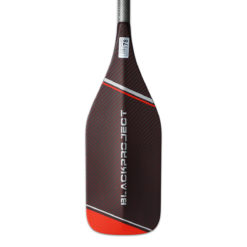 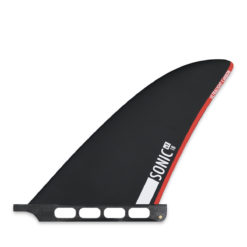 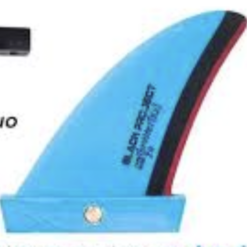