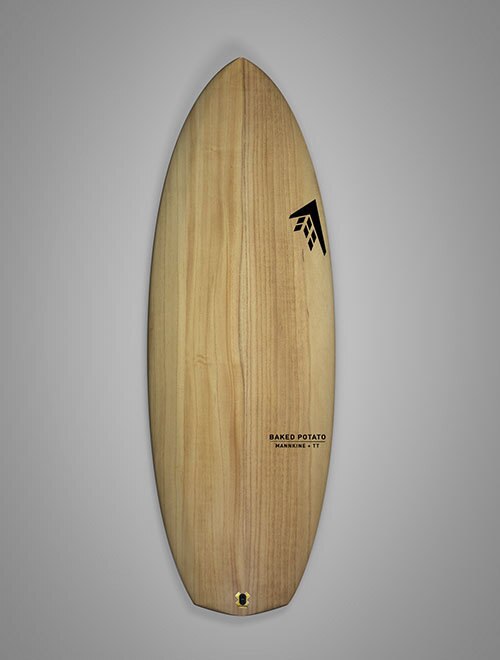 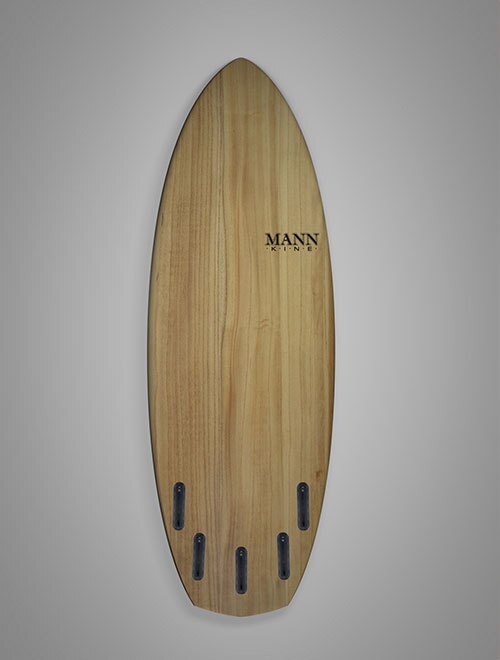 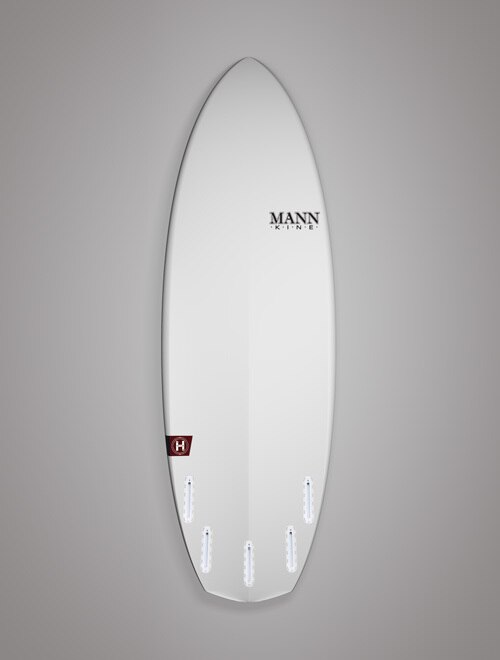 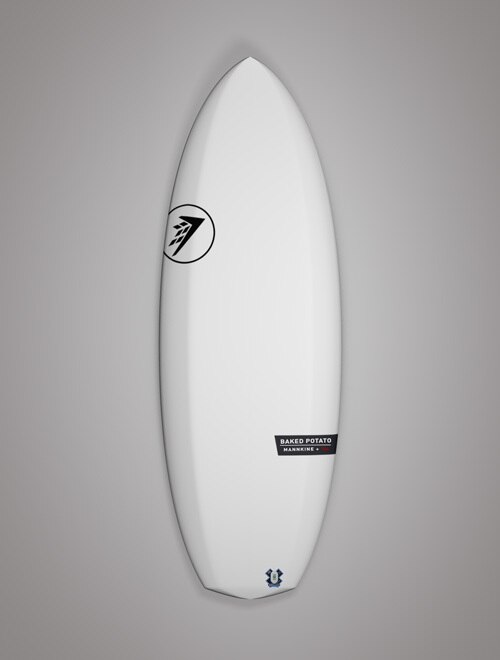 The first Baked Potato I ever made was for my buddy Chris in late 2010.

I had been surfing the Sweet Potato which I loved. I literally laughed hysterically after the very first wave I caught on it. I had never gone so fast with so much control on such weak waves ever before.

At Firewire we had been having great success with the Sweet Potato at the time that I made that first Baked Potato. I made it because I thought it could bet more racey and more performance oriented than a Sweet Potato.

It didn’t take long to pull in the nose and refine the bottom a little, and the tail just kind of popped into my head when I realized that point behind the back quad fins can add a bit more of a pivot point.

The Baked Potato sits firmly in the groveler style of a board but the best part about it is when I see people ripping on it in overhead surf which I see all the time. If you ride one, don’t underestimate how well it will go in good surf that’s overhead.

I think most surfers will enjoy this board most as a quad set up with a small nubster in the thruster box.