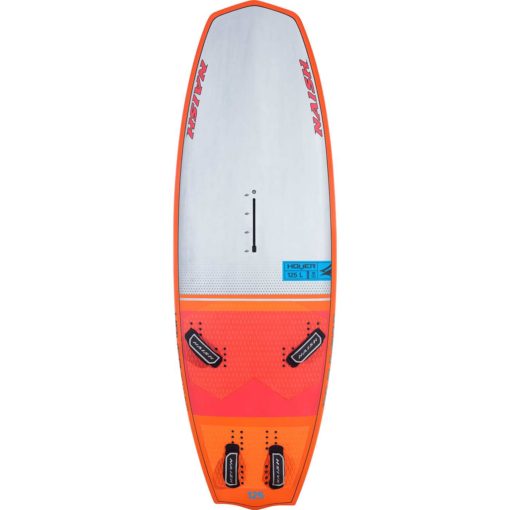 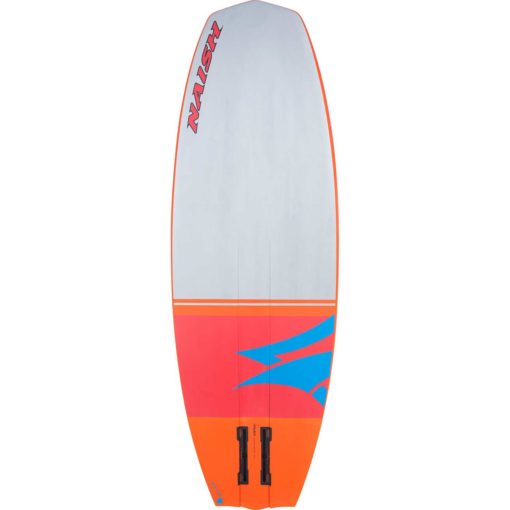 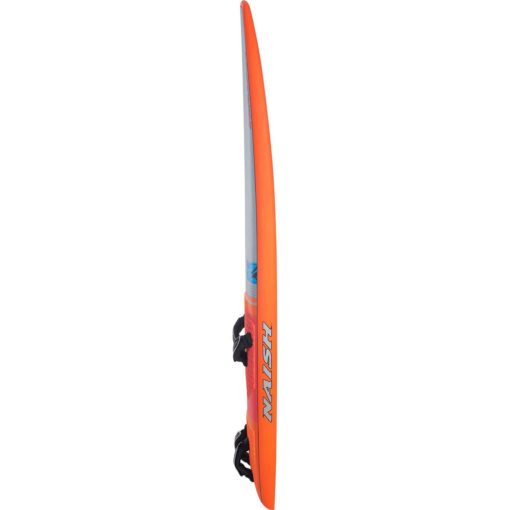 Designed specifically for windsurf foiling, the Naish Hover 125 and 145 feature a flat rocker which planes easily in light winds. Its short, parallel outline provides plenty of volume and stability for easy and stable uphaul. Complimenting its flat rocker, the bottom channel in the tail is strategically positioned to perfect the foil’s angle of attack and generate just enough lift in the nose to guard against pearling.

Continuing to lead the charge in windfoiling, Naish has continued to further develop the Hover Windsurf board range. Based on the success of the Hover 122 & 142 the Naish designers took feedback from users all over the world to continue to improve them.

The 2020 shape is more compact yet maintains the overall balance of the board, which is important for foilboards that are used in what would traditionally be considered non-planing conditions. The tail has been widened with additional volume added making it easier to step into the footstraps, even before getting onto the foil. For riders who want to ride more powered up with bigger sails, outboard footstrap inserts have been added for a more comfortable stance. With the new footstrap insert setup, sailors can now tune the Hover for a more locked in “slalom” like stance which requires more sail power while the inside footstrap positions will suit riders who want to effortlessly foil with smaller sails.

The Hover 125 and 145 are dedicated foil windsurf boards that will take riders from their first flight and beyond on the non-competitive stage. 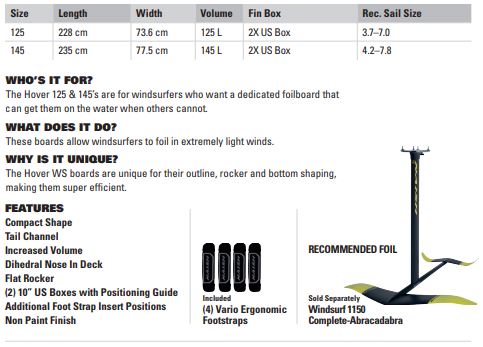