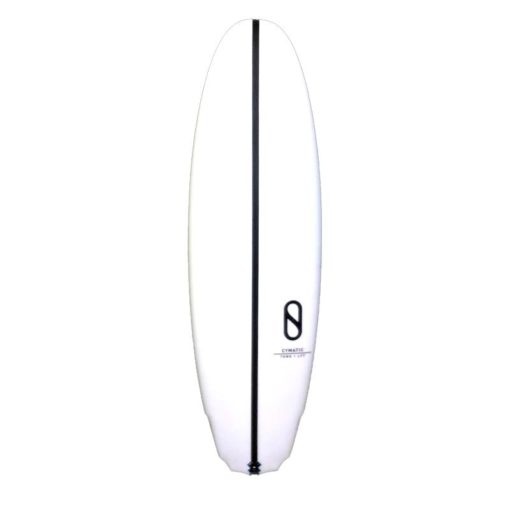 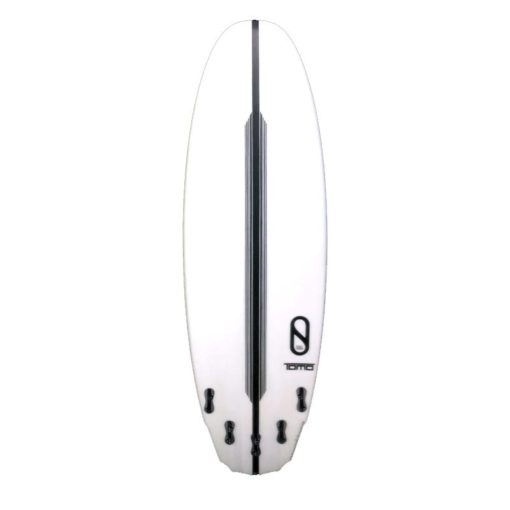 The Cymatic is an avant-garde, ultra high performance machine. This shape is a hybrid of the Sci-Fi and Omni models so obvious, you can almost imagine the two boards combining naturally one night with Tomo away from the shaping bay.

Fans of the Sci-Fi will immediately notice Tomo’s double bat tail. Much of the Sci-Fi’s popularity in 2016 and 2017 has been this tail design coupled with Tomo’s Quad Inside Single Concave.

Functionally, the marriage of these two design elements has been brilliant – the double bat adding much needed grip to the wave’s face, offsetting the extreme lift and speed created by the Quad Inside Single Concave.

By melding these elements with the reduced swing weight of the Omni’s nose, Daniel Tomson has created an evolved version of both boards that surfs most similarly to the Sci-Fi but with slightly more rocker, and an increased ease of use in waves 1 to 5 feet.

When it comes to waves of size though, surfers who love that familiar ‘barely out of control in a fun way’ speed when the waves creep above head high will appreciate this board’s feel in proper waves as well.

Both Kelly Slater and Daniel Thomson have surfed and signed off on this shape in 2017 and we can’t wait to present it in 2018 as the next evolution of Tomo’s minimalistic, and highly engineered, modern planning hulls for Slater Designs.